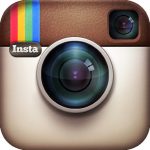 By Kat Pallotta
Instagram currently boasts more than 400 million active users. As of now, users view posts in chronological order. However, in the next few months Instagram plans to integrate an algorithm that predicts which photos users will “like” based on relationships with other users, timing, and interactions, including likes and comments. These photos will appear higher in feeds instead of chronologically.

Facebook, which owns Instagram, has been using a similar algorithm for its feed since 2009. Despite this, some Instagram users are still worried that their followers might not see as many of their posts as they would like.
Although Instagram has not announced a release date for this new algorithm, here are some tips to help keep your Instagram presence strong when it does happen: