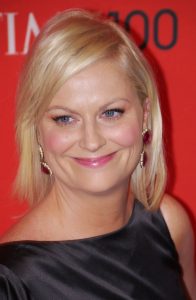 By Rebecca Phillips
Let’s be honest – there are some brands that have been around for so long that their advertising just gets a little stale. Not only that, but some brands are simply overshadowed by industry-dominating competitors. While many brands turn to celebrities to endorse their products, consumers often see right through these endorsements. In order to set themselves apart from the many celebrity endorsements out there, some brands have turned to comedians to spice up their advertising.
Sure, comedians are also celebrity endorsers, but consumers are still enticed to watch these ads for their entertainment value. Consumers who may not have originally thought about buying a certain brand may watch an advertisement simply for a good laugh and ultimately become a paying customer. Here are some brands that have used comedians to revamp their advertising and rebrand their image:
Old Navy: We can all admit that the brand’s talking mannequin advertisements were getting a little old. But, let’s look at Old Navy’s shift in advertising once Amy Poehler and Julia Louis-Dreyfus joined the team. These hilarious women were the perfect people to make Old Navy a brand that was fun again. With an 8 percent increase in sales after Poehler’s advertisements and more than a million YouTube views on many of Julia Louis Dryfus’ ads, it’s clear that this campaign was a success.
Galaxy Tab 5: It’s no surprise that Apple has dominated the tablet game with its popular iPad. Other tablets have tried to compete, but going up against Apple can be tough. As a consumer I never thought twice about Galaxy Tabs. However, once celebrity couple Kristen Bell and Dax Shepard began endorsing the tablet, you better believe I YouTubed all the commercials. It seems like the rest of the world wanted to watch them as well. Their Home for the Holidays commercial had more than 13 million views and 860 shares on Facebook and Twitter. Because the ads were hilarious (and because it’s hard not to love Kristen and Dax), consumers were able to gain an understanding of what the Galaxy tab does and why it would be a good purchase. Now that’s a slam dunk for an advertiser.
American Heart Association: For years the American Heart Association has advertised with pretty straight forward, educational advertisements. Nick Offerman’s “Pizza Farm” sketch for the company hoped to change that stereotype. The American Heart Association partnered with Funny or Die, a website that gets more than 7 million views per month, to create a satire-filled sketch that advocates for healthier school lunches while also making the audience laugh out loud. Offerman’s tour of a “farm” containing some of the unhealthy food options offered in schools, paired with the comedian’s incredibly dry sense of humor created a powerful, yet hilarious video. With more than 36,000 Facebook likes on the video, Nick Offerman is always sure to bring the laughs.
These brands and many others have utilized the power of funny people to get their messages across. While not everyone has the budget to hire one of these mega-popular comedians, these examples demonstrate the power of comedy in advertising. Just be careful if you’re considering making an impersonation part of your campaign. You don’t want to end up getting the negative backlash KFC received from their Colonel Sanders commercials. Branding a company as one that knows how to entertain its audiences, even if some audiences are watching just for a laugh can help create a fun, energetic brand that consumers will recognize and support in the long run.